This type of clock is called a turret clock. The clock faces and chimes are in a tower above the workings and are connected by a shaft and cables.

The workings are effectively in three parts: 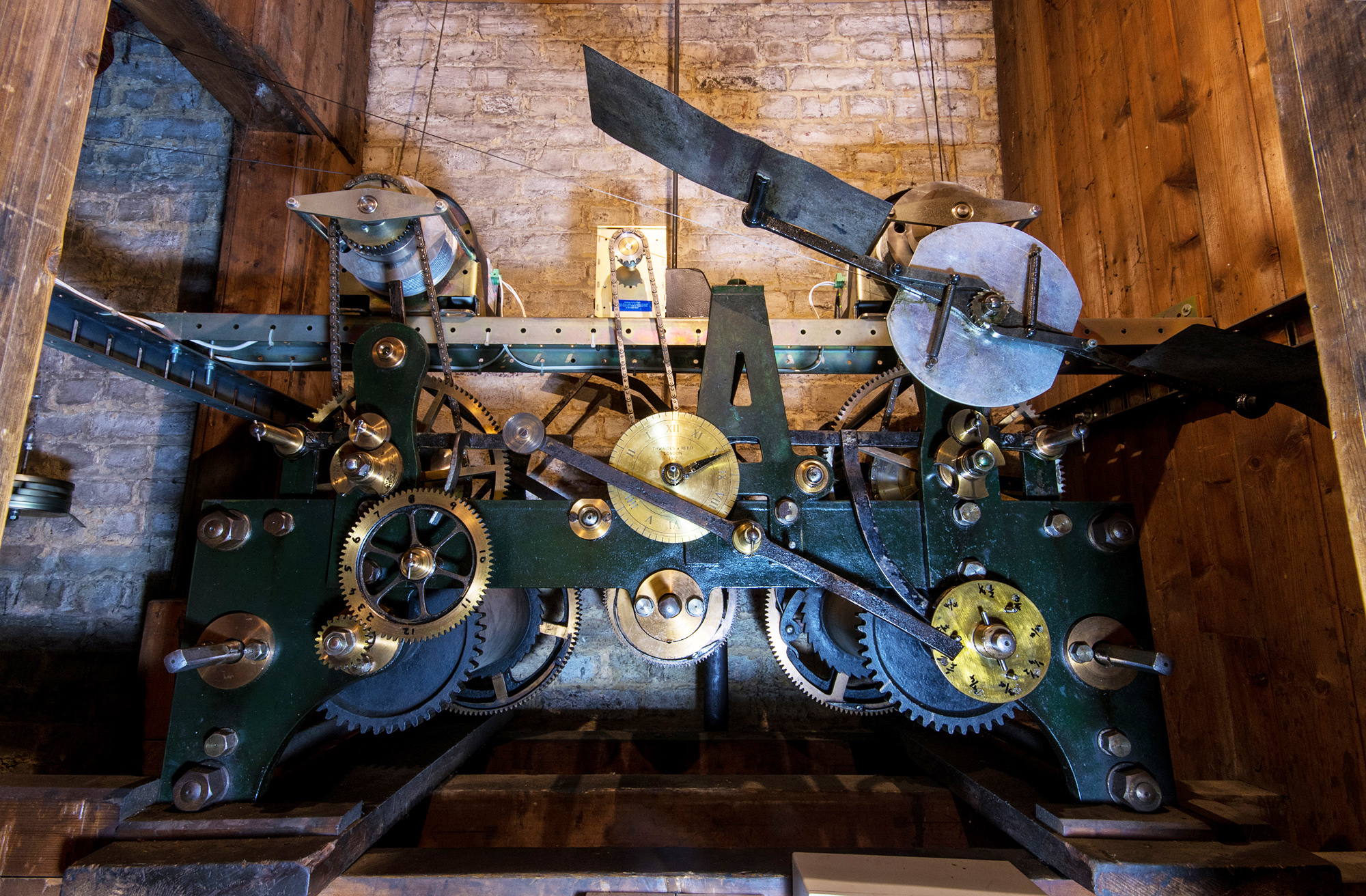 Originally the clock and two chiming mechanism were driven by three cables with 39 weights of 113 stones in total weight descending down a 50ft well. The weights had to be regularly wound back up using a geared lever fitted to the square sectioned shafts that can be seen in the photo.  Now it is powered by the three modern motors on the upper rail which drive the old mechanism via the vertical chains. These are all controlled by a white box at the bottom of the table. The middle motor drives the clock hands and the outer motors are the chime winding motors.

The clock faces and chimes are some 15ft above the mechanism in a tower.

The chime winding motors lift two weights, much smaller than the original ones, and you can just see one off  of these in the left of the first photo. When the clock needs to chime the weight is released driving the old mechanism via a chain. The old mechanism pulls some vertical wires to actuate the chime hammers in the clock tower above the mechanism.  Once the chime has completed the motor then winds the weight back up but without moving the chain drive. The ratchets on the governors allow the flies to continue rotating after the mechanism has stopped. This is to dissipate the energy stored in the rotating mass. In the hall you can hear the ratchets click as the flies slow down after the chimes have completed.

The original pendulum, which is still in place, is no longer connected. The smaller vertical rod in the middle at the top of the photo is the drive to the clock hands in the tower.

The original geared winding handle is retained under the clock where the modern cable tensioners are fitted. These are used to silence the chimes overnight. 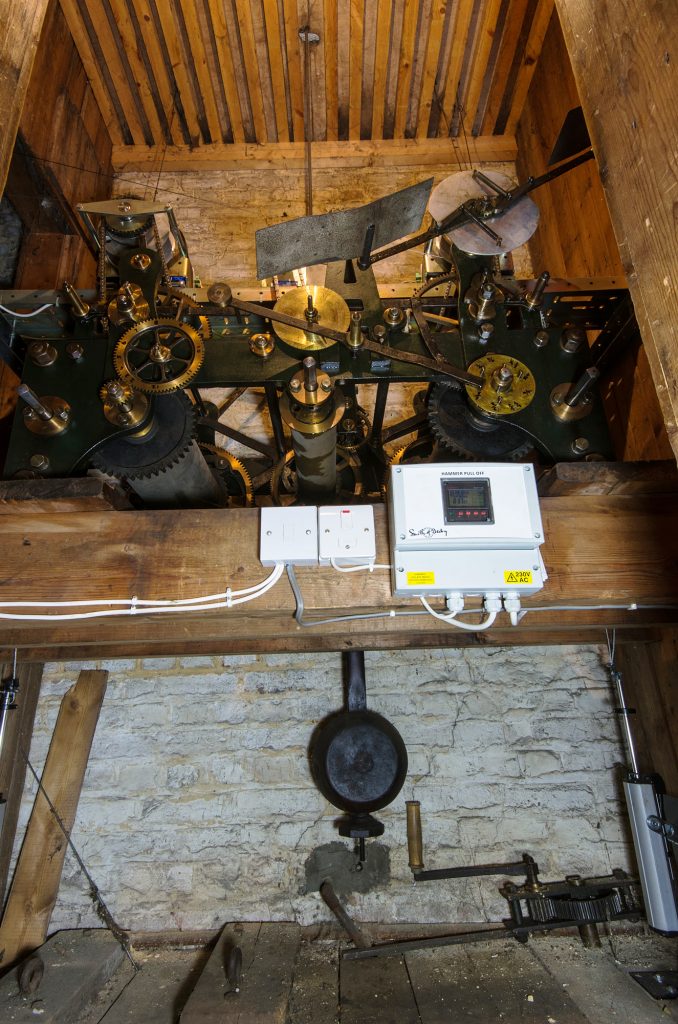 The plate in the middle indicates that the old part of the mechanism was made by “Thwaites & Reed London” in 1912. The firm was established in 1740 and still appears to be in business.

The photos were taken between 8 and 9am.